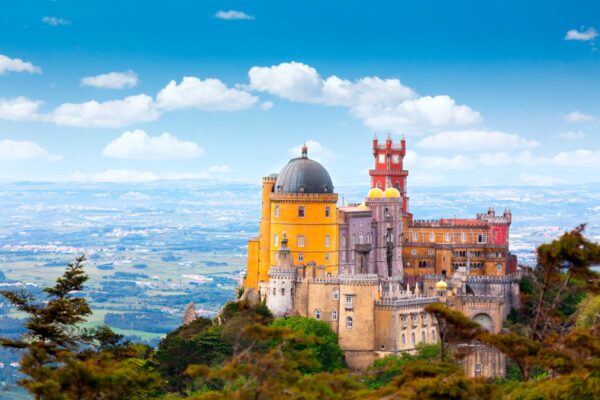 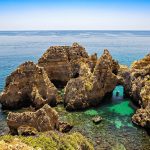 This holiday will take us on some of the most scenic rail routes in the south of Portugal.

We will enjoy stunning landscapes, have the opportunity to visit lovely towns and villages and stop in strategic places to admire historic rolling stock as well as gorgeously decorated train stations.

Groups accepted with a minimum of 6 pax.

This holiday will take us on some of the most scenic rail routes in the south of Portugal.

We will enjoy stunning landscapes, have the opportunity to visit lovely towns and villages and stop in strategic places to admire historic rolling stock as well as gorgeously decorated train stations.

The history of the railroad in Portugal is very rich and varied as evidenced by the contents of the various museums we will visit and today’s rail stock as well.

Engineering, art and science intersect with the lives of societies, groups and individuals.

The railroad has broken new territory, created cities, linked communities more or less distant, created and sustained new opportunities and needs, changed the way we see and live in the world.

The history of the trains in Portugal began in October 1856, during the Industrial Revolution, when the first trip between Lisbon and Carregado occurred.

The inaugural trip of 37km, should have had the presence of King Pedro V, but he arrived late and the train, baptized D. Luis, left without the royal passenger.

The railway network expands rapidly in the following years, especially under the influence of Fontes Pereira de Melo, Minister of Public Works. In 1861 the train arrives at the border with Spain, near Badajoz, and in the following year the connection between Lisbon and Porto is assured.

The first diesel engines arrive in 1948, harbingers of the end of the era of steam locomotives. Later the trains began using electricity and, more recently, their running is becoming more and more computerized.

Our tour starts in the capital, Lisbon. From here we’ll visit various World Heritage sites: Évora, a beautiful city; Tomar, once the seat of power for the Knights Templar and Sintra, once a favorite summer residence for Portugal’s royalty and still a fairy-tale landscape with lush green hills and hidden architectural gems.

We will also visit two great rail and coach museums before going on to the Algarve, the furthest southern point and the conclusion of this amazing tour.

Throughout our tour we will also enjoy the fantastic variety of Portuguese gastronomy and wines to complement our pleasure.

The Évora line opened in 1863 and connects it to Lisbon. It was originally more extensive but today this spur finishes in Évora. In 2006, the single-track railway line was completely renovated.
Évora is one of the best tourist destinations of central Portugal and a World Heritage Site.
It is a delightful city that exudes Portuguese charm and boasts a vast array of fascinating historical monuments. Évora was historically a major trading and religious centre, a former importance that is reflected in the sheer variety of interesting sites, all of which are conveniently contained within the city’s ancient walls. It is a city full of life and cultural interest.

The line between Lisbon and Sintra opened in 1887.
Today we take the suburban train to Sintra crossing the outskirts of Lisbon to the enchanting town of Sintra. Sintra is all about scenic splendour, a realm of romance where majestic fairy tale-like palaces, a grandiose castle, regal estates and charming red-tiled houses stand amidst a landscape of luxuriant, semi tropical forests and hilltops.
Characterised by its singular mystique and peacefulness, the Sintra area offers scenery of striking beauty with its rocky mountain range, lush greenery and sweep of pristine beaches. Named ‘Hill of the Moon’ by its Celtic settlers and ‘Mons Lunae’ by the Romans, Sintra’s sleepy mountain range is also home to an extensive natural park that stretches out to Cascais and its wave-lapped coast.
For five centuries, Portuguese royalty used their sumptuous, hilltop mansions and luxurious estates in Sintra as summer residences to enjoy the crisp air and refreshing microclimate of its mountain range far from the city heat. Once described as ‘Glorious Eden’ by 19th Century English poet Lord Byron, this dreamy, fairy tale land continues to draw the attention of world-class writers and film makers, who find inspiration in Sintra’s unparalleled beauty, history and legends.

This part of the rail line came into service in 1928. Today we will travel to Tomar, a former seat of the Order of the Knights Templar. Tomar is a city of great charm, rich in artistic and cultural wealth, whose greatest expression is the Convent of Christ, one of the chief works of the Portuguese Renaissance and World Heritage Site.
Tomar is one of central Portugal’s most appealing small towns. With its pedestrian-friendly historic centre, its pretty riverside park frequented by swans, herons and flocks of ducks, and its charming natural setting adjacent to the lush Mata Nacional dos Sete Montes (Seven Hills National Forest) it wins lots of points for aesthetics.
But to understand what makes Tomar truly extraordinary, cast your gaze skyward to the crenelated walls of the Convento de Cristo, once the seat of power for the Knights Templar (and later the Order of Christ), a secretive but influential religious order of warrior knights, who had close associations to the Portuguese nobility.
Their religious centre for the entire Iberian Peninsula, the Convento de Cristo is a fascinating complex that contains a large monastery, extensive fortifications and a unique circular church.
The general shape of the church is modelled after similar round structures in Jerusalem: the Mosque of Omar and the Church of the Holy Sepulchre.
Eight-and-a-half centuries after its founding, this venerable headquarters of the legendary Knights Templar is a rambling concoction of Gothic, Manueline and Renaissance architecture that bears extravagant witness to its integral role in centuries of Portuguese history, from the founding of Portugal as a nation-state to the Age of Discoveries.
On our way we visit the National Railway Museum in the Entroncamento Railway Complex, currently occupying an area of 4.5 hectares.
The permanent exhibition houses remarkable exhibits, with one of the best displays of heritage collections in Europe.

Before departing for Faro, our next base in the Algarve, we’ll visit the National Coach Museum. The Coach Museum began in 1905 by initiative of the Queen D. Amélia of Orleães e Bragança. With the establishment of the Republic in 1910 the museum’s collection increases as a set of coaches and carriages of the extinct Royal House arrive, as well as vehicles coming from the church assets.
The Faro line opened in 1889 and crosses the South half of Portugal, from the large city of Lisbon, through the scarcely populated Alentejo plains to reach the cosmopolitan Algarve.
The origins of Faro date back to the Iron Age (5th-4th century BC). It is during this period that Ossonoba was born, which is thought to have been a colony or a Phoenician commercial warehouse until the beginning of the occupation of the Algarve in the third century b.C. During the Roman period, Ossonoba was one of the most important cities in the region, enjoying the right to mint money. At the time of the Christian reconquest, in 1249, the city main economic activities were the fishing and salt trade.
The old town of Faro, called Vila Adentro, lies inside an oval-shaped wall dating back to the Roman period some 2,000 years ago.

Today we head east, to Vila Real de Santo António on a line opened in 1940.
We visit Vila Real de Santo António, reborn in 1773 after the 1755 earthquake.
The original fishing village was rebuilt on a grid pattern like downtown Lisbon. The works were completed extremely fast, in just one year.
Until the beginning of the 20th century, the town was an important fishing and canning centre (mainly sardines and tuna). It was also the first city to have gas lighting in 1886.
From Vila Real S. Antonio, where the river Guadiana meets the sea, we’ll take the ferry to the Spanish town of Ayamonte. For centuries Ayamonte has been producing salt and shell fish and now the salt marshes are a haven for birdlife. We will tour the bustling small town before ferrying back to Portugal.
The route from Faro to Vila Real de Santo António and back runs through two Nature Reserves: Ria Formosa and Sapal de Castro Marim e Vila Real de Santo António.

Today we travel west to Lagos along a line opened in 1922. Lagos is a charming Algarve coastal town that has retained its traditional Portuguese character whilst developing into a cosmopolitan holiday destination that welcomes thousands of visitors every year.
Lagos has a delightful historic centre, which is surrounded by the ancient Moorish walls and overlooks a pretty harbour estuary.
Lying opposite the North African coast in the Bensafrim estuary, it attracted settlers and foreign invaders. It became a focal point for discovery voyages at the time of Portugal’s Golden Age of Discoveries.
Prince Henry the Navigator brought fame to the region by founding his navigation school in nearby Sagres, by residing in Lagos and building his famous caravels in the town.
Lagos soon became a hub of maritime activity as explorers such as Gil Eanes, the first to round Africa’s Cape Bojador in 1434, departed from the town in search of new land and fortune.
To the south of Lagos is the Ponta da Piedade headland, a series of highly weathered lime cliffs that are peppered with spectacular grottos, arches, sea caves and are regarded as the finest natural feature of the Algarve.

Transfer to the Airport.

4 night in Lisbon
3 nights in Faro

Any services not listed as included

BeCool Travel has partnered with WorldNomads.com to keep you travelling safely. WorldNomads.com Travel Insurance is designed for independent and adventurous travellers, with coverage for overseas medical expenses, cancellation, baggage, and other expenses.

Please consult our Travel Insurance page, where you’ll be able to get more detailed info about insurance requirements and an immediate quote for your trip.

We use cookies to improve your experience and for data analytics. By using our website we assume that you agree to our use of cookies. Learn more.